The Maker in Residence program brings creatives with their various experiences to the Scott Family Amazeum for a short-term residency to collaborate with team members in developing new Science, Technology, Engineering, Art, and Math (STEAM) exhibits, public art and performance pieces, and experiences to share with Amazeum guests. 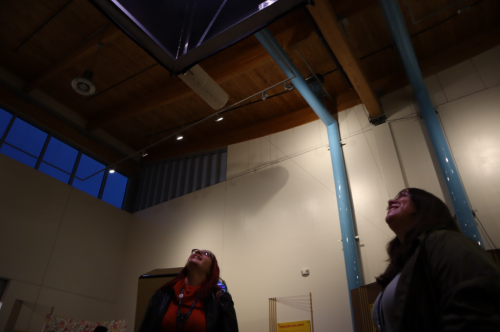 The exhibit: The Space Puddle

When drops of water fall into the pool, they cause waves. The waves move around the pool, interfering with each other until they run out of energy. The light above the pool projects the shadows of the waves onto the floor. Visitors walk under the box to “activate” the water droplets. 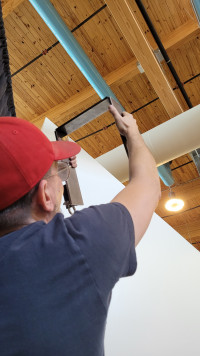 To Dayton, creative problem-solving is one of the strongest drivers to him as a creative. Not only was his Maker in Residence participation challenging in the way he had to create an exhibit from the ground up, but also included scientific learning as part of his exhibit in a way that could be understood by young children. The extraterrestrial lingo that is the name of his exhibit - “The Space Puddle” not only piques the curiosity of those underneath it, but also creates the want to learn more about it. How do puddles exist in space and our universe? How can something that is usually considered liquid trapped in rugged ground spaces be elevated (literally) in a museum’s exhibition?

“I was obsessed with the space shuttle as a kid. It was the early 80s and they would wheel a TV into the classroom so you could watch the launches. I had a childhood fantasy of wanting to become an astronaut, I think it had more to do with exploring places no one has explored before than it did with me thinking about the science of space exploration.” 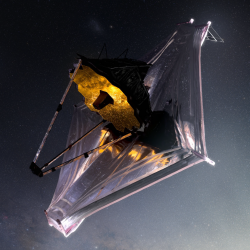 During his residency (and even past it) Dayton also took his fascination with the cosmos and was further inspired by the James Webb space telescope coverage that had taken over the news and social channels. This literal “man on the moon” moment reinvigorated his creative flow of ideas and acted as inspiration for this exhibit. “I was in this mind frame of how do I get this large object up in the air with a shallow pool of water that’s level using all these mechanisms and interrelated systems that are actually going to create this effect”. 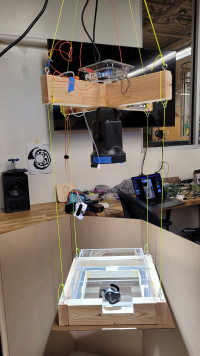 The development process of “The Space Puddle” began first by considering the context of where this exhibit would be in. The Amazeum is a space where people are encouraged to explore and play with things by touching them. He needed to create an exhibit that not only is interesting but also is something that you can scientifically learn about, be it a concept or the process of how this “puddle” works. As a maker with a sculptural background, Dayton has much experience in molding his artwork. But through the exhibit fabrication process, he also picked up a new skill or two! “I needed to learn a new welding technique to work with the aluminum I was using. That was a bit more frightening of a challenge than usual because I really had to do it well enough or else (this exhibit) wasn’t going to be completed.”

“One thing I learned is that you get to be part of the Amazeum family and its warm embrace. The museum opens up its facilities in a way that is very valuable. The ability to come and tinker and utilize this incredible makerspace is worth every ounce of effort put into attempting something like this”.