Discover an interactive exhibition about the creative people, products, and design processes within the Amazeum and the local Maker community.

In the Making: Ideas Come to Life is now open through May 2023.

Dive into the world of a maker and see the complete process of making- from an idea, to its prototypes, to the mistakes in the middle, finishing with a final product. This exhibition is all about the messy middle of making.

“What’s often missing from the story of how things are made are the many steps involved in the messy middle part of projects- where you test, revise, and sometimes move backward to move forward”. 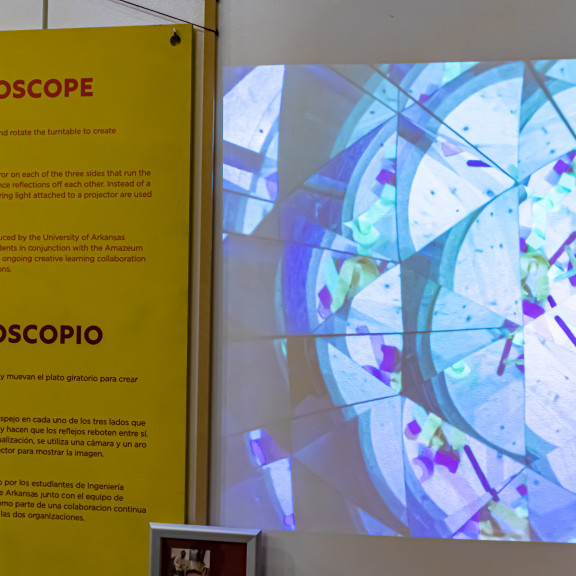 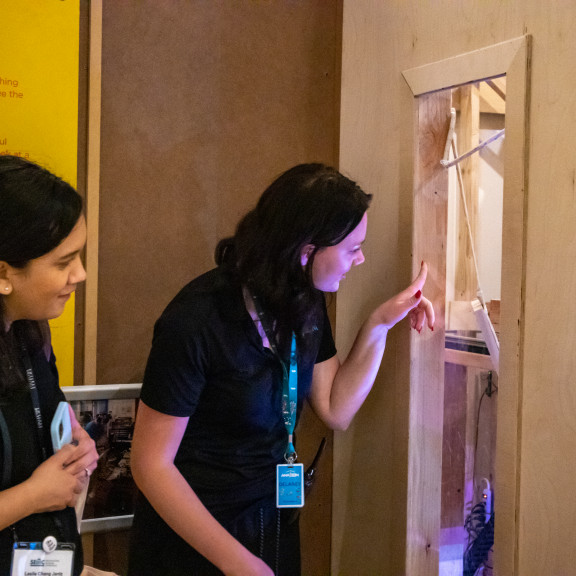 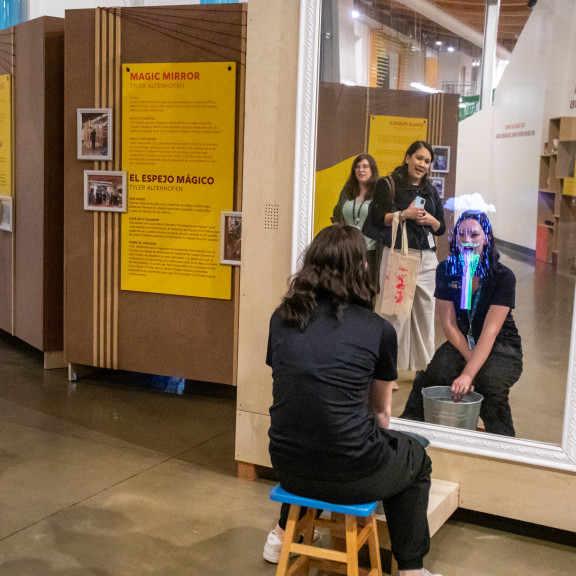 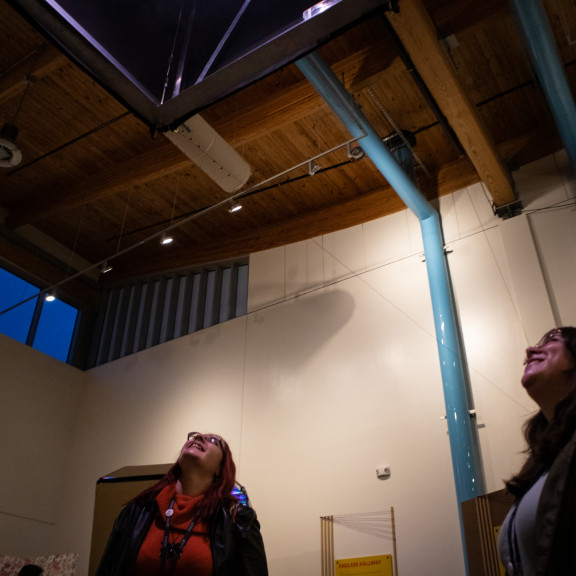 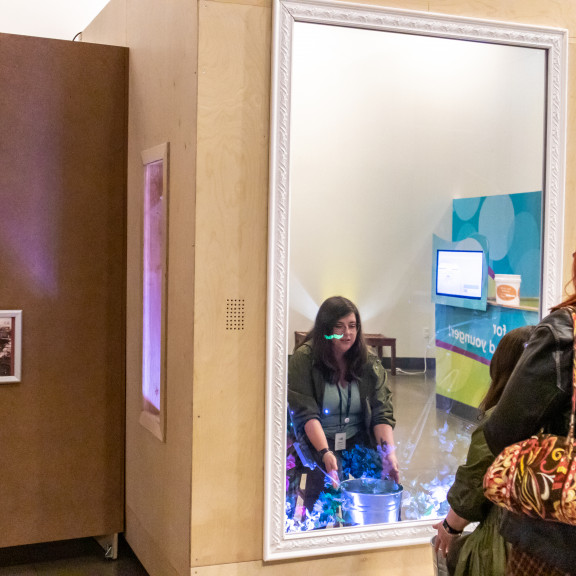 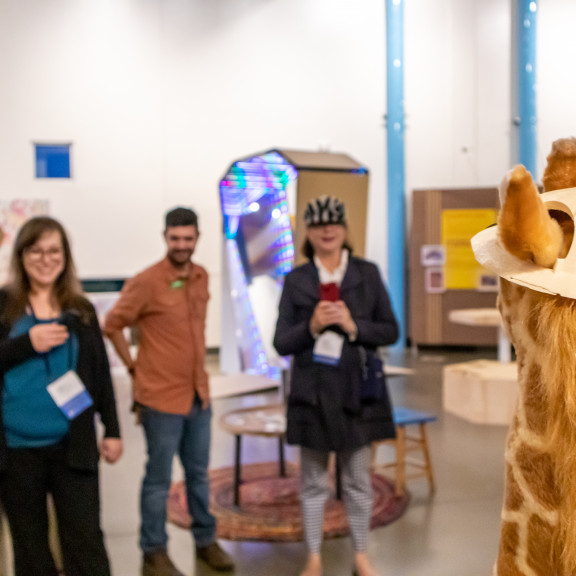 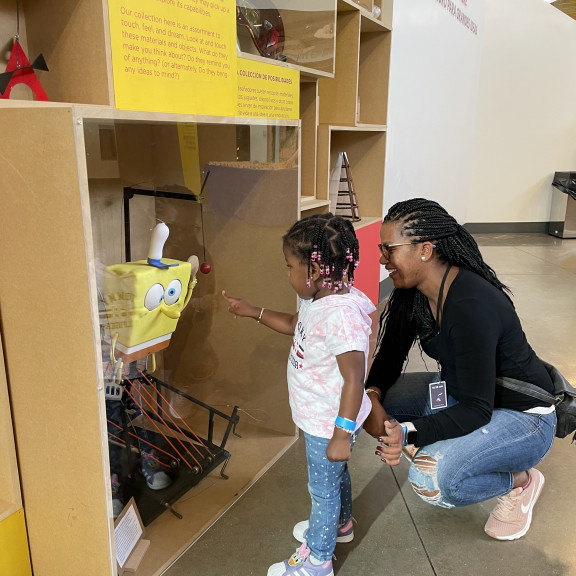 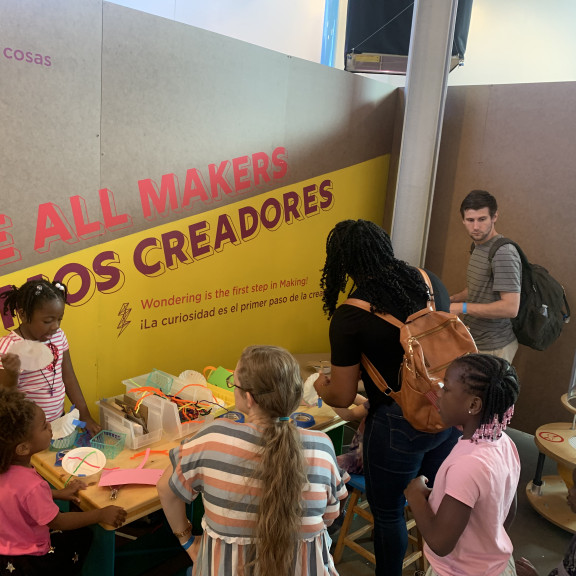 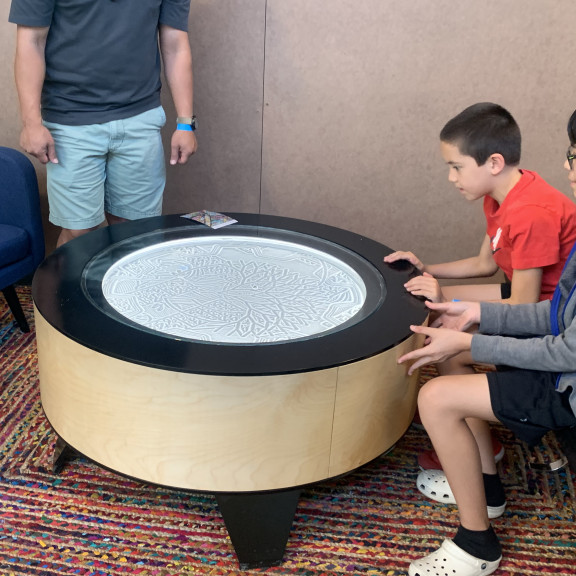 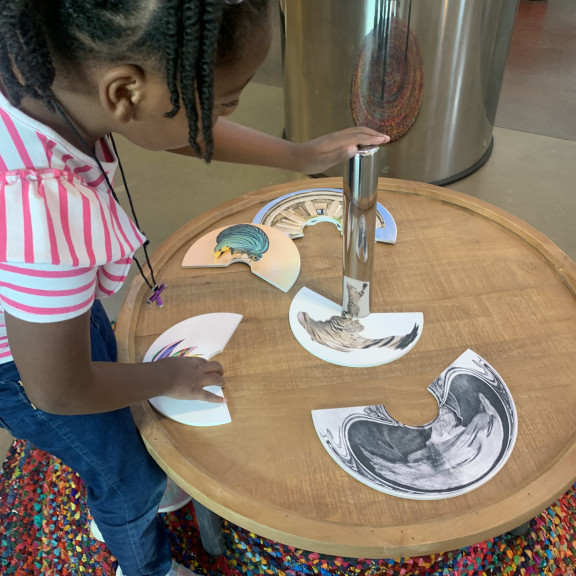 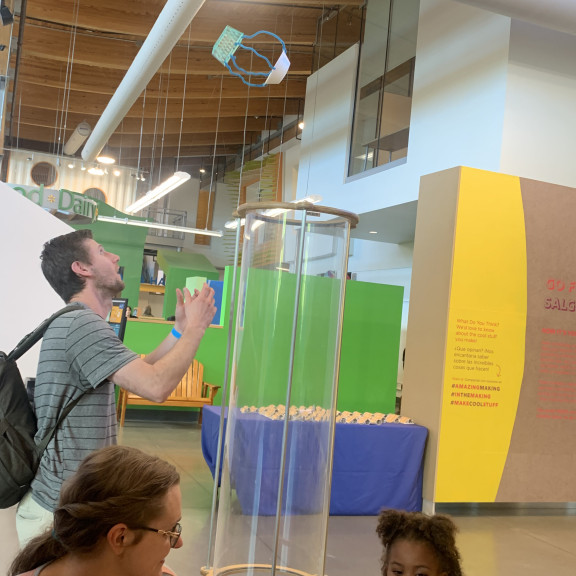 Since opening its doors in 2015, the Scott Family Amazeum has been Northwest Arkansas’s driving force in championing the “Maker Movement” – a term that’s been rapidly gaining traction and attention, though whose definition is often misunderstood and underestimated. As such, the Amazeum has coined this the “Year of Making,” and recently debuted an interactive exhibition, In the Making: Ideas Come to Life, showcasing the ideation to creation process of its in-house fabrication shop and an array of local makers.

“The definition of a maker spans many interests and categories (carpenters, programmers, cooks, magicians, quilters, organizers, scientists, etc.) and many levels of complexity, ranging from fabricating an omelet-cooking Rube Goldberg Machine to simply adding a little extra flair to a PB&J sandwich,” says Simon Mused, the Amazeum’s senior exhibition manager who leads the staff of six fulltime makers in the fabrication shop. “Makers are folks who are proud of doing things. They put thoughtfulness and intention into their process, and are curious about the things they do and see. When someone finds inspiration and feels compelled to put their thoughts to action by their own power, they become a maker.”

The new maker-focused exhibition invites guests to take a literal peek under the hood to understand the development of future Amazeum exhibits and get a glimpse into the design journey of local makers’ creations. Initial sketches, models and versions of in-progress prototypes are on display to share the often-nonlinear path from idea to execution, while highlighting the integral components of testing, trial and error, failure and refinement. In addition, the raw materials, tools and technologies utilized for specific projects will be featured to provide a deeper understanding of how an idea transforms into something tangible. Mirroring the dynamic nature of the creative experience, the exhibit will be ever-changing as evolved versions of prototypes are created and new makers are featured throughout the spring of 2023.

When it comes to understanding the appetite for this type of exhibition, no one knows quite as well as Jason Quail, the Amazeum’s experimental projects developer who is best recognized for inciting wonder from all ages while accompanying Norbert – the robotic, tricycle-riding giraffe – throughout the Amazeum and beyond at community events. After being inspired by a particular tricycle-riding stuffed animal he encountered at maker events across the country, Quail purchased a trike in need of a new lease on life, retrofitted a giraffe so its legs could bend and outfitted the tricycle with a cordless drill motor. With the remote control nestled discreetly within a beverage cup, Quail observes an array of reactions while escorting the seemingly autonomous rider.

“Aside from the sheer amazement of something so unexpected, the inquisitive kids always want to know how Norbert works. They love that he moves, but want to know how it is physically possible. I wanted to allow people to figure it out if they could, which is why I left the drill motor exposed on the back wheel – something I could have easily concealed,” said Quail. “I always ask the kids if they want to see how the magic works, because magic is magic until you understand, and then it’s science. The heart of this exhibition is to fuel the innate curiosity of how things are made and work – without everything being absolutely polished and in final form. It’s a way to bring the integration of STEAM (science, technology, engineering, art, and math) to life, combined with the human element of these creative problem-solvers.”

The Amazeum’s history of educating and empowering makers is extensive on both a local and national scale, and this exhibition is a way to honor that, while inspiring future generations.

“A decade ago I was a hobbyist interested in accessing a maker space in Northwest Arkansas, but at the time one didn’t really exist. A friend put me in touch with [Amazeum Executive Director] Sam Dean who shared the vision of creating a regional hub for maker education,” said Quail. “I’ve seen that come to fruition through examples like our team consulting with area schools to establish their own maker spaces, enabling local entrepreneurs and artists to access tools needed to create their products, and hosting the Arkansas Maker Summit, Maker Meetups, Tinkerfests and more to foster an ecosystem of creativity and collaboration. It’s energizing to be part of a place that’s leading the momentum in this initiative nationally, and I’m excited to see the impacts of our ‘Year of Making’.”

Guests can experience In the Making: Ideas Come to Life included with their Amazeum membership or daily admission now through May 2023.